Happy National Truck Driver Appreciation Week! This year takes on special significance considering the essential role professional drivers played during the COVID-19 pandemic. All week we will be celebrating our Sapp Bros drivers and saying thanks for the amazing work they do! We’ll be introducing you to a few of them each day. Give them a like and show them some love! #ThankATrucker 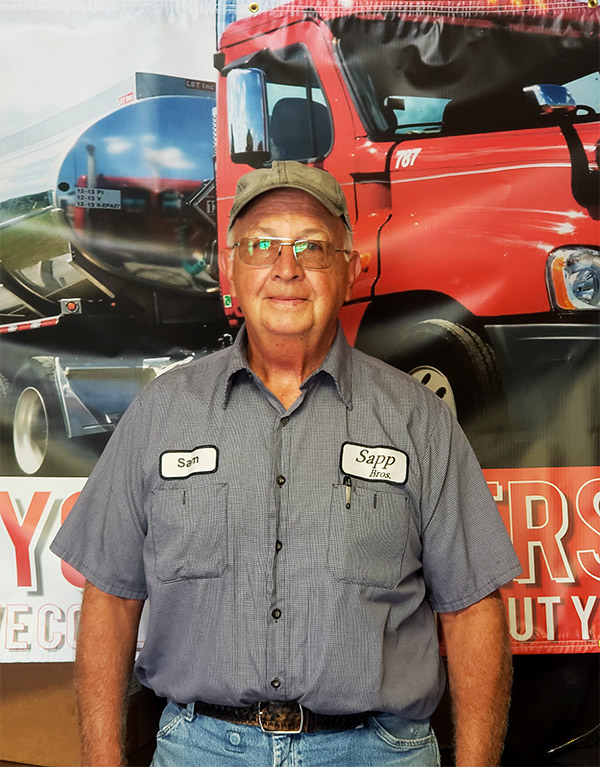 Our Grand Island, Nebraska Transport Driver, Sam Zaruba, has been with Sapp Bros. for 6 years. Sam is a retired Captain of the Grand Island Fire Department. You can always count on Sam for his positive attitude and willingness to do whatever our customers need. Sam enjoys four-wheeling, camping, and spending time with his six grandchildren. 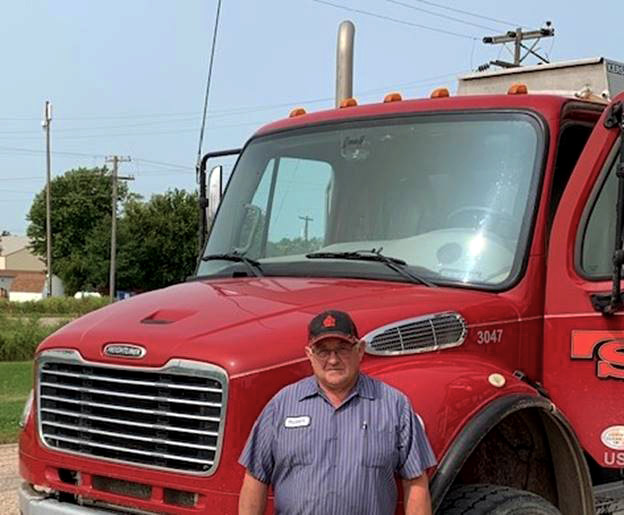 Robert Rieken came to us from our merger with Pollard Oil in Clarks, Nebraska just over 10 years ago, and has been our #1 driver there for over 21 years! Robert knows everyone in the Clarks area and they know they can count on him, no matter the day or time. Robert also farms and has about a 300 cow/calf operation. Sapp Bros Petroleum is a success because of people like Robert! 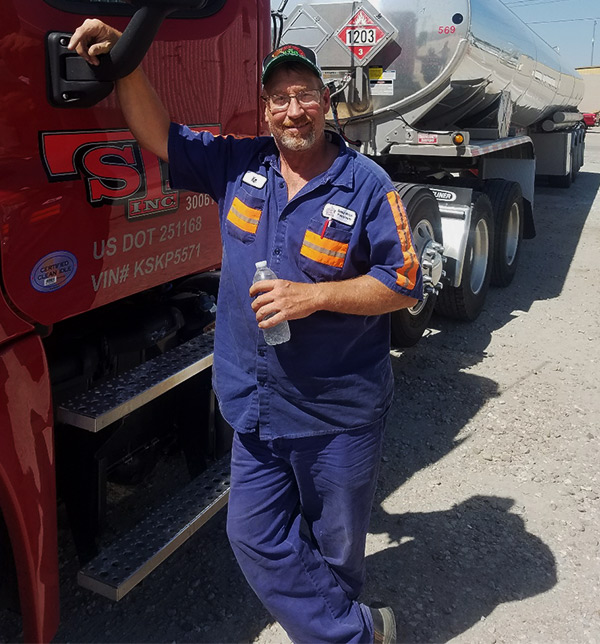 Kenny Baumert is an easy-going and well-liked by everyone he comes in contact with. He shows up to work with a great attitude and is always ready to go to work. He enjoys hunting, old cars, and boating. He has five grandchildren who are the light of his life. Kenny has been a part of Sapp Bros. since 2014. Thank you, Kenny! 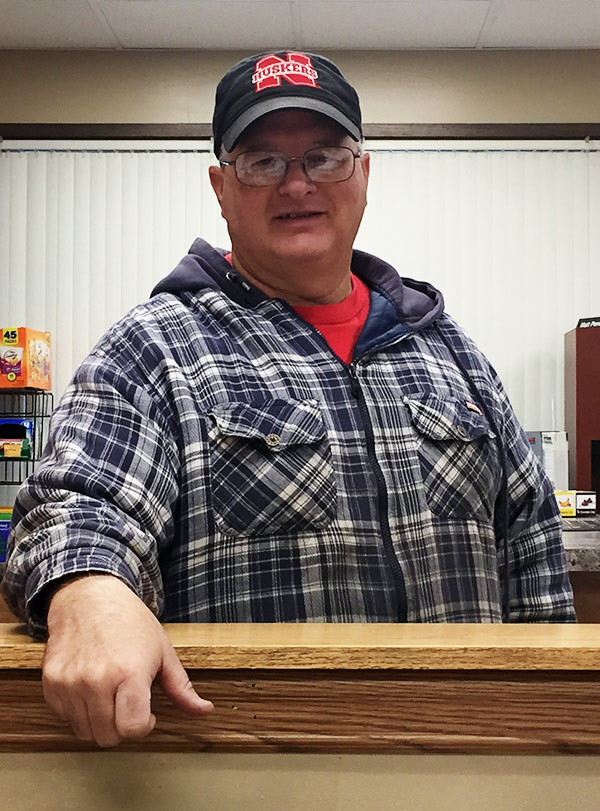 Paul Thorn is a tank wagon driver in Lincoln Nebraska. Paul started with Sapp Bros. in October of 2004. Over the years Paul is the type of guy that has earned the respect of so many customers. Customers call in and ask for Paul personally to deliver their fuel. He never complains if he has to work overtime to get the customers what they need and will come in on weekends or even evenings if his hours will permit to get the customer taken care of. Not only does Paul drive our tank wagon trucks, but he also will cover for a transport driver if we need him to. Thanks for all you do Paul! 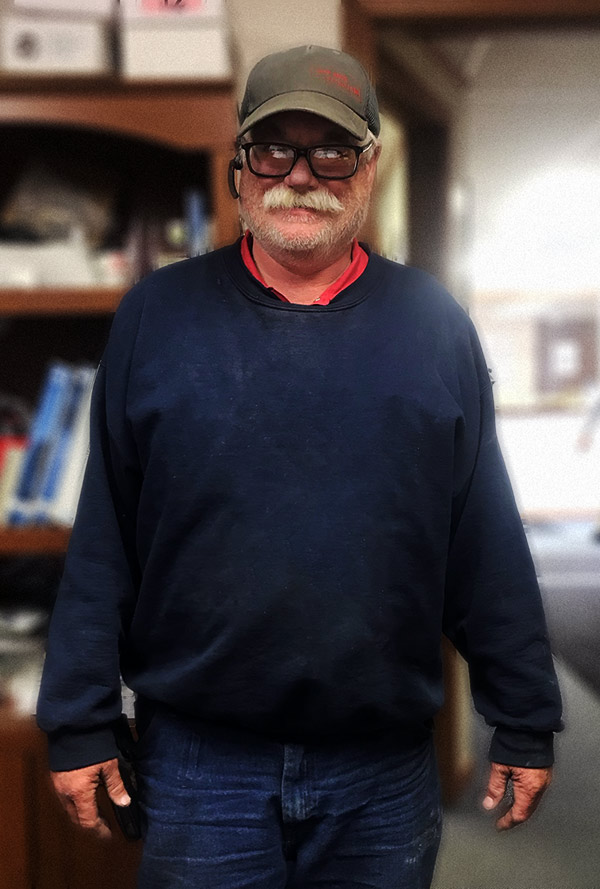 Jim (Jimbo) Friesen is our lead propane bobtail driver in York, Nebraska. He has been with Sapp Bros. for 8 years. Jim is always willing to lend a helping hand, whether it is at work or not. Jim has a great sense of humor and never leaves the room without telling a joke. In his spare time, he enjoys spending time with his wife Jeanette, his kids and grandkids. He also spends his free time going to auctions and doing a little woodworking in his garage. 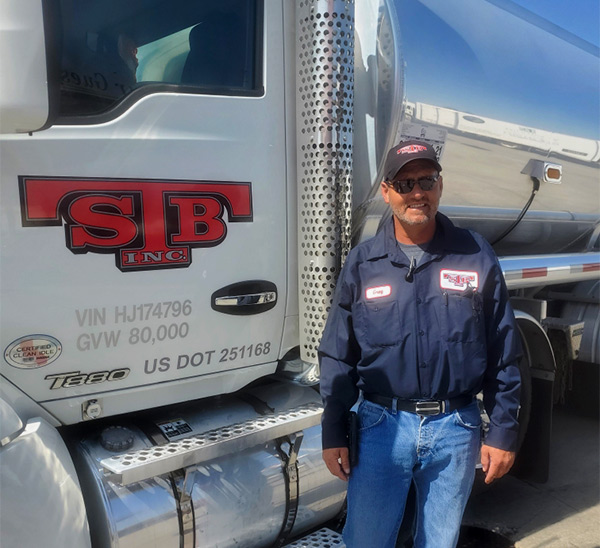 A dedicated Petroleum Transport Driver, Greg Snarr has been driving with Sapp Bros. in Salt Lake City since October 2011. He takes great pride in his equipment, consistently with the cleanest and sharpest looking truck. And he always ends his day with his rig looking as clean as when he started his shift. Greg is certainly a true asset to Sapp Bros. He has been known to go over and above what has been required and all our customers speak very highly of him. Keep up the great work Greg, you are very appreciated! 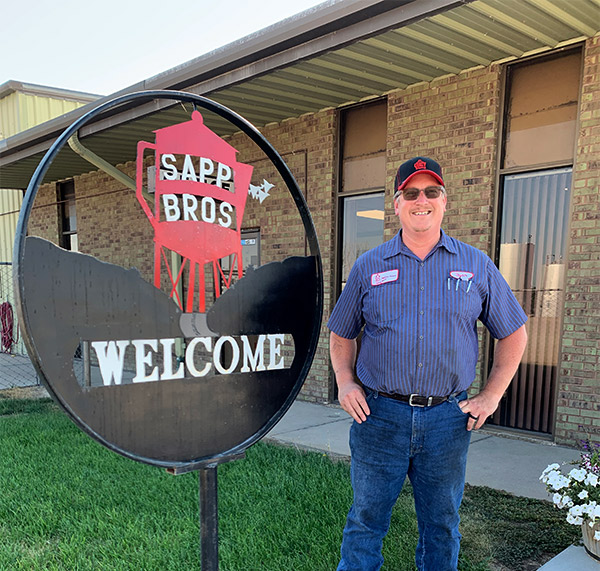 Our Ogallala driver, Ryan Bekke, has been with us for 3 years. He’s been a huge help to Sapp Bros! He helped build a descriptive book of locations we travel to in Western Nebraska with all the ins and outs of each location to help the newer drivers that don’t always go there. In Ryan’s free time he likes to hang out with wife and their two dogs, study geology and finance and he also plays the piano. 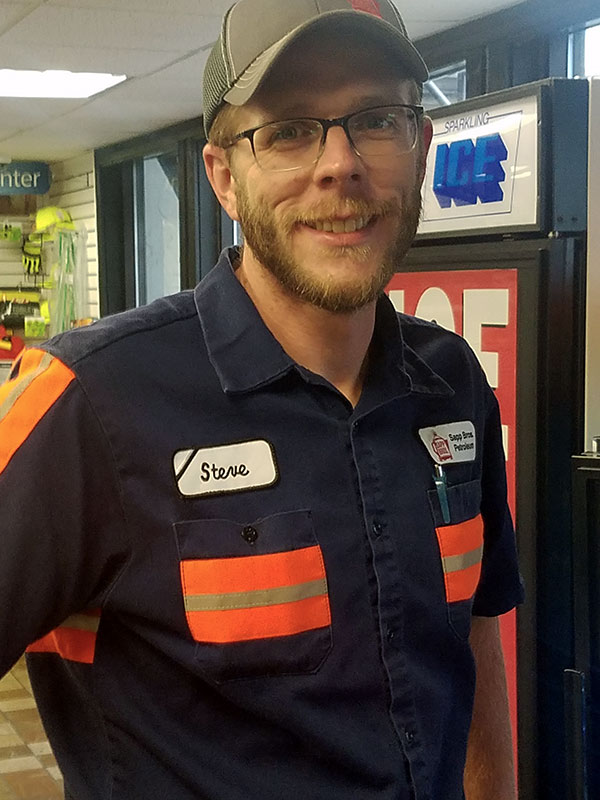 Steve came to work for Sapp Bros in 2007 as a transport driver and after 1 year of employment due to medical issues had to give up his CDL. In 2012 Steve was cleared and able to obtain his CDL. He has been with SBT for the last 8 years. Recently Steve took over tank wagon deliveries as well as spot transport loads. Steve is a licensed HAM Radio Operator and enjoys tinkering with electronics and computer programming. Steve and his wife Jennifer have 3 daughters Kaela, Kenzie and Jessie. We are very fortunate to have Steve as part of our team in Peru! 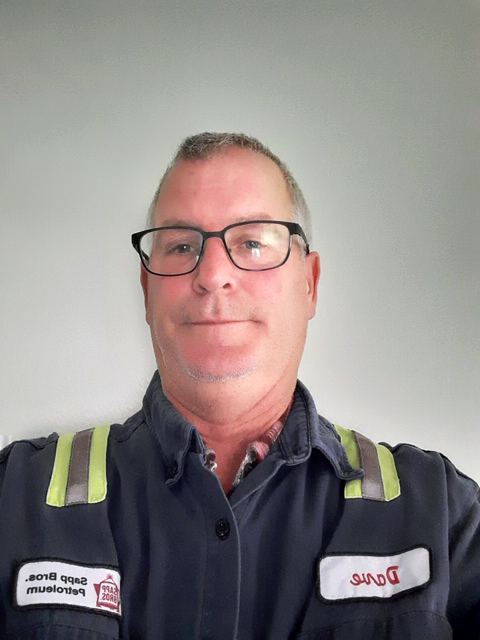 Today we are celebrating another one of our outstanding Professional Drivers that is accident-free! Dave Fletcher has been a Transport Driver in Denver for 7 years. He enjoys brewing beer when he isn’t at work. #ThankATrucker 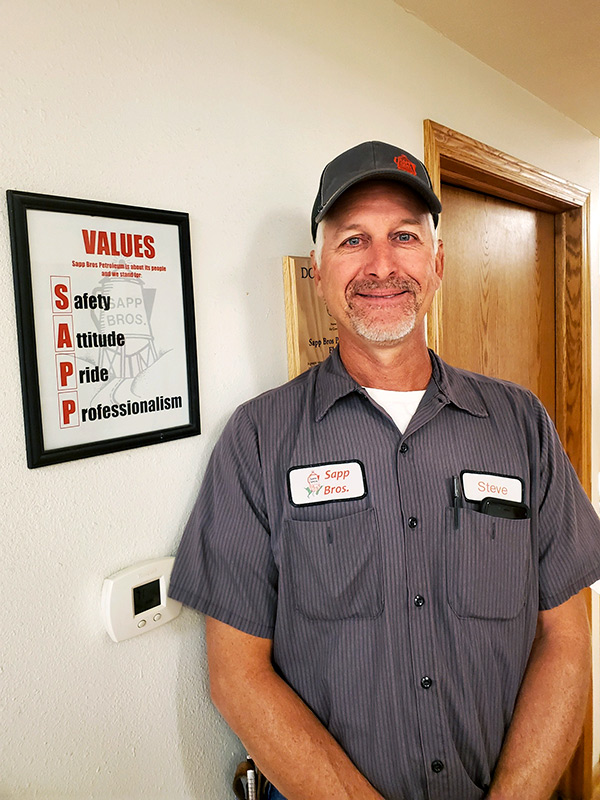 Steve Kerkman is our longest-term employee in Elgin, Nebraska. He has been driving a bobtail and working with propane since 1996, without a single accident! (WOW!) Steve’s family includes wife Becky, who also works at Sapp Bros in Elgin, and their children, Regan, Sydney, and Matthew. Regan and Sydney have both been recipients of the National Propane Gas Foundation scholarships. When not working for Sapp Bros, Steve is busy with his farming operation and volunteering in the Elgin community, especially with youth sports programs. When asked for a comment, Steve replied, “I look forward to starting my fall propane route. Many of my customers have become friends. I especially like serving young families, and several of them I know from delivering propane to their parents.” 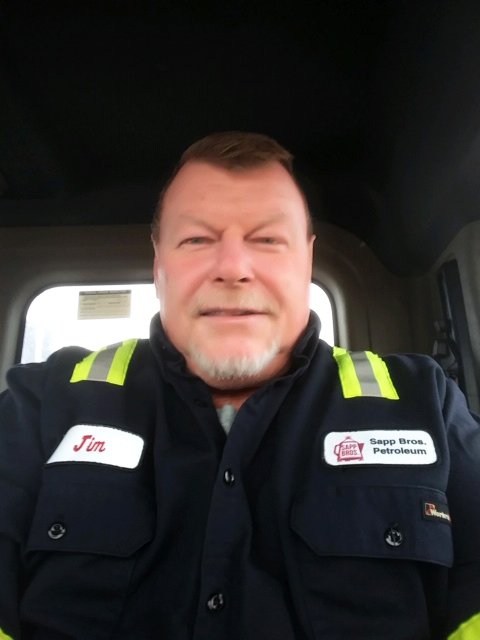 Jim Taylor, Sapp Bros. Fuel Transport Driver in Cheyenne, WY, is going on 10 years with NO ACCIDENTS! Safety is Sapp Bros. top priority and we could not be prouder of Jim! Fun fact … Jim is an excellent bag pipe player. 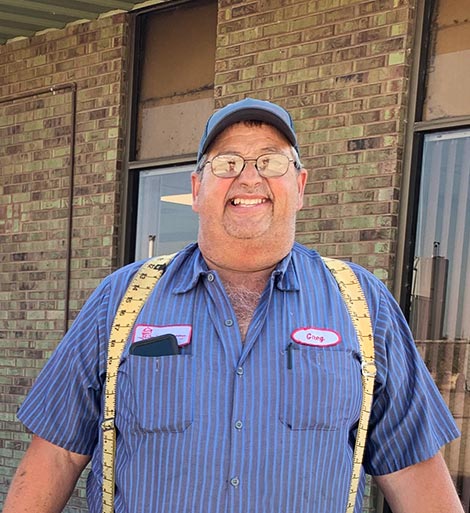 Greg Reitz is a Transport Driver at our North Platte Location. He’s been with Sapp Bros. for 17 years! You can always count on Greg for a good joke and to keep our customer’s smiling. His favorite part about his job is the customer’s he has come to know and see each season through the years.

He likes to go hunting and hang out with his kids in his free time. 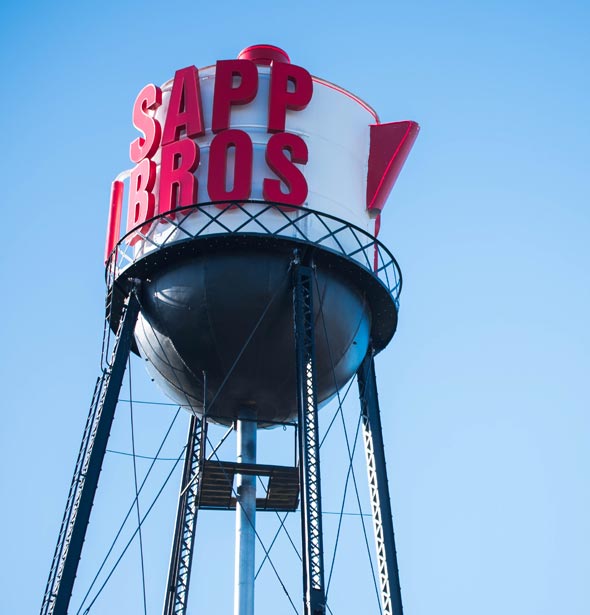 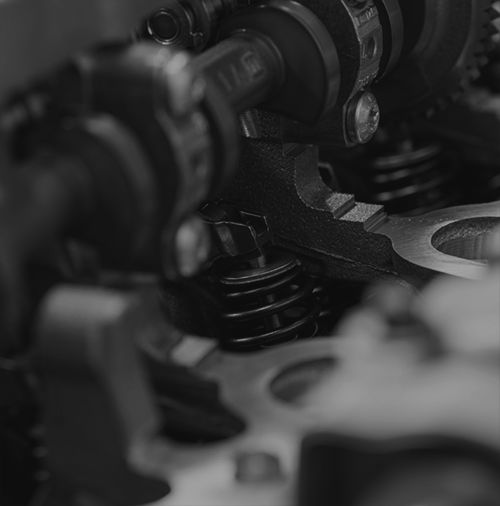 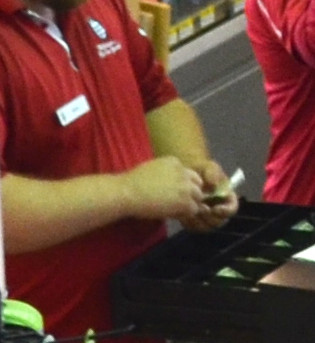 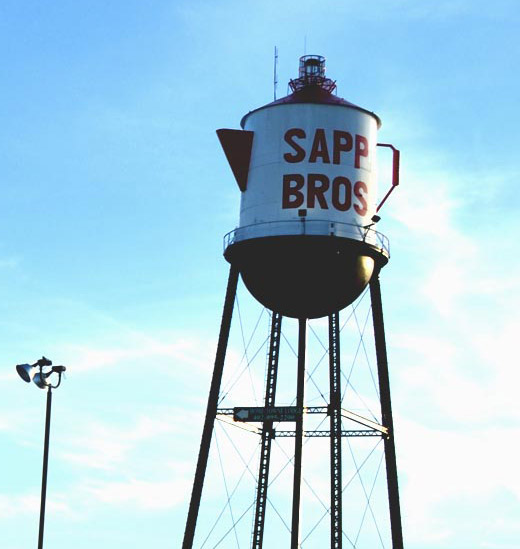 Page 1 of 5 Next
News Home
Specials